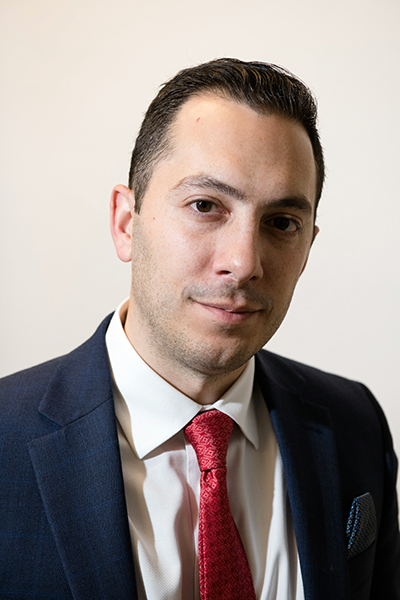 Jonathan Panarella received his law degree from St. John’s University School of Law in 2013 and after taking the Bar Examination was hired by Krentsel Guzman Herbert, LLP, in the fall of 2013.   Once Mr. Panarella became admitted to practice in the State of New York in May of 2014 he was assigned to the firm’s medical malpractice department.  Since then, Mr. Panarella has handled hundreds of medical malpractice cases from the start of the case to its conclusion.

Mr. Panarella is capable of conducting depositions for both medical malpractice and personal injury cases.  He is experienced at deposing professionals ranging from general contractors to licensed physicians.  Additionally, as a trial attorney Mr. Panarella has taken verdicts for medical malpractice actions, trip and falls, motor vehicle accidents, amongst others.   Over the course of his career, Mr. Panarella has settled numerous high value cases, as well as taken dozens of successful Plaintiff verdicts throughout New York City, Long Island, and Westchester.