Jonathan Panarella received his law degree from St. John’s University School of Law in 2013.  After taking the Bar Examination, Mr. Panarella was employed with Krentsel Guzman  Herbert in the trial preparation department.

Upon his admission as an attorney licensed in the State of New York in the Spring of 2014 he was made an Associate with the firm.  Since his admission, Mr. Panarella was given a case-load primarily consisting of Medical Malpractice cases.  As part of his duties as a medical malpractice attorney, he has become versed in reading medical records, in defending plaintiff depositions, and in asking hard-hitting questions to physicians at defendant depositions.

Although Mr. Panarella handles medical malpractice cases in the office, at court, he is fully capable of litigating various types of cases.  He makes daily appearances in venues ranging from Kings to Richmond to Nassau and so forth.  While only being an admitted attorney for over two years, Mr. Panarella has had a very successful career as a trial attorney already.  He has selected almost two dozen verdicts and has taken multiple, difficult Plaintiff verdicts in Kings County and Queens County. 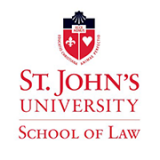