Home / Our attorneys / Meredith A. Yevin

Meredith Yevin is a passionate trial attorney.  She has tried numerous cases to verdict and she is committed to fighting for her clients and being a voice for those who have been hurt or wronged.  She has distinguished herself by obtaining outstanding results for the injured, including obtaining millions of dollars for her clients through settlements and winning at trial.  Her clients are people that have been injured as a result of motor vehicle accidents, slip/trip and falls, wrongful death, police brutality/excessive use of force, sexual abuse, construction accidents, intentional torts, nursing home negligence and medical malpractice.  Her focus is on strategically planning each case for trial from the very beginning.

While in law school, Ms. Yevin interned at the United States Attorney’s Office for the Eastern District of New York in the criminal division where she focused on gang and narcotics investigations.  She also interned in the Special Victims Bureau of the Nassau County District Attorney’s Office.  Upon her graduation from law school and prior to being admitted to the bar, Ms. Yevin volunteered with Sanctuary for Families, a non-profit organization providing legal assistance to domestic violence and human trafficking victims.

She graduated from Touro Law School in December 2012, where she was a scholarship recipient.  While in law school, she received the highest grade in her trial practice course which was taught by a practicing Judge.  She also served on the International Law Review and was a member of the Alexander Hamilton Inn of Courts.  Ms. Yevin is admitted to practice in New York and New Jersey.  She is an active member of the New York State Trial Lawyers Association. 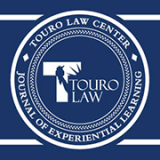