William Durbec earned his law degree from Villanova University School of Law which he attended on an academic scholarship and has over seven years of experience in the legal field. He began his legal career in 2013 while still attending law school – first working as a legal assistant with the Federal Defender Office of the Eastern District of Pennsylvania-Capital Habeas Unit and later as a law clerk with the State of New Jersey Public Defender Office.

Upon receiving his law degree in 2015, Mr. Durbec transitioned into the civil litigation field, working with a boutique law firm in New Jersey specializing in Workers’ Compensation and Personal Injury matters until 2017. 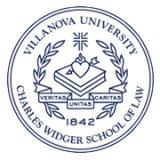